Like a sandwich incomplete without peanut butter, is a sibling relationship without fights and petty arguments. They are the people we trust and confide in, and get to spend the rest of our life together with. Sibling rivalry is one inherent thing to a sibling relationship equation. If you have a sibling, you’d sure understand what it’s like to fight with them verbally, or physically, or even intensely. We get involved in all types of it all. However, these small fights may leave a bit of bitterness in one of their hearts and it is paramount to make peace after each fight. Such stupid disputes may become large and destroy this blessed relationship to pieces. As long as it is concerned, fighting is not bad and not growing from your fights is.

If you have a sibling with an increased tendency to fight them or if you are a parent concerned about your children’s frequent tantrums, it’s high time you take a step towards betterment. Read on to know why this is happening and how you can control this.

No two human beings are the same. Each of us possesses different qualities and skills, differentiating us from the world bit by bit. If one excels in art, doesn’t necessarily mean that the other one would too. Such differences in personality often lead to the growth of offending opinions and choices of conflict. As a parent, make sure you don’t bring up these differences to compare your children or make them feel less worthy than the other in any way possible.

Many of us hesitate in sharing the things we possess, and so is the case with a sibling. Especially if they are still not mature enough to understand how this world works. It could be anything from clothes, accessories, toys, gadgets, or anything. They may not have a problem with sharing them, but it would be a problem when both the parties want to use the same thing at the same time. Such situations are bound to create terrors. In such cases, admit your mistake if you damaged something or try compromising one at a time. 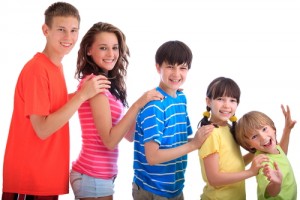 Age difference surely has benefits at a certain level. Having one elder child around helps guide the younger one and gives the former company. But, this may cause fairness issues. Like when the elder one may order the younger one around, or how the degree of freedom that the elder one gets would be greater. Little things like poking someone to make them completely lose their mind, would count as yet another reason for a new fight while the other one may feel too inferior to do anything. Here both of them need to understand that everyone gets their chance on things when the right time comes and they don’t have to feel less loved or less cared about by their parents. Naturally, parents have a huge role in this scenario to bridge the gap.

All of us have gone through the times when we’d have fought over the remote. Both the siblings are not expected to like the same stuff they watch on the television and may fight over whose channel is going to be up on TV. Somehow, both of them have the tendency to watch the television at the same time and there comes the beginning of a new fight. The stronger one usually gets the remote because logic and reasoning are of no use here.

Stress is an integral part of human beings and it is obvious that children feel it too. One of the siblings may be stressed out, irritated or not feeling well about anything of their importance while the other one may fail to understand their condition. In such cases, all the stress goes being blurted out on the sibling and before you know it, they are dusting each other on the floor. Try to become a referee, listen to their troubles and make reasonable decisions. Don’t ever punish somebody without knowing the main cause, this would only worsen the relationship between them.

All the children crave parental attention and praise. They love to know how proud they have made their parents or how much above they are from the other one about a certain kind of thing Though this is bad parenting, and you should try to keep a balance for both of them. Else, there may be the development of ego issues and one of them would feel left out. If one sibling is good at sports, the other might excel in academics. They should both feel equally loved and appreciated by their parents and not like they are a part of some inter-family competition.

Some siblings annoy and irritate the other one just because they can. For them, it’s a fun activity where they can laugh on and about their sibling. This might not be acceptable to the other one or may start feeling insecure about themselves. They both know how to push each other’s buttons and would do it just for the sake of enjoyment.

If one of them feels like they are being treated less or if the other is getting more, bitterness would take control over their heart. Be it pocket money, time out with friends, or even the affection parents give. Whenever one gets something from their parents or relatives, the other one has to have it even if they don’t really need it. Their little brains may not be able to realise so, and therefore it is up to parents to avoid such conflicts.

If you’ve made plans, stick to them. Don’t go on and find other people to go on the same plan you were about to have with your sibling. What else, they may feel betrayed or left out of the party. Making sure that you haven’t offended your sibling at an unconscious level is critical. Siblings feel like they should stick up to each other on the important and even least important things. Never try to break this pact. 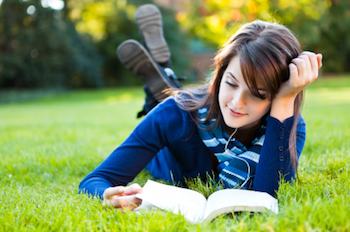 It is more common in teenage siblings when they are going through moody phases and may need some personal space. It could be as simple as leaving them alone for a while. If the other one doesn’t understand this, the irritation factor would act as a fuel to the fire of new arguments and discrepancies. Siblings need to understand that both of them need to understand and support each other instead of becoming self-centered. Realising this would flourish their relationship forever and ever.